[Walter "Buddy Boy" Hawkins was an American country blues guitarist, singer, and songwriter. He recorded only 12 songs, between 1927 and 1929.

The date and place of his birth are unknown, but there is consensus among blues historians that Hawkins probably originated in either Alabama or, somewhat less definitely, the northern Mississippi Delta.

Hawkins recorded a dozen tracks for Paramount Records between 1927 and 1929. Many of his lyrics mention the railroad, with some hint that he had worked laying rail track. The first 10-inch 78-rpm shellac single released by Paramount was Number Three Blues backed with Snatch It Back Blues, recorded about April 1927 in Chicago. Paramount released another five singles between 1927 and 1929; these later recordings were issued under his birth name, Walter Hawkins. His tracks included the slightly peculiar Voice Throwin' Blues, in which he employed a call and response banter between two voices, one purportedly being a ventriloquist's dummy. A Rag Blues contained lyrics that hinted that it origins lay in Jackson, Mississippi, although it was performed in a Spanish-inflected style.

Hawkins played exclusively in open A tuning. His records sold poorly and he faded into obscurity. His life story after his recording career ended is shrouded in mystery] 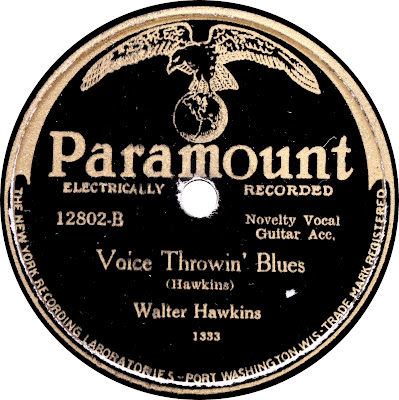 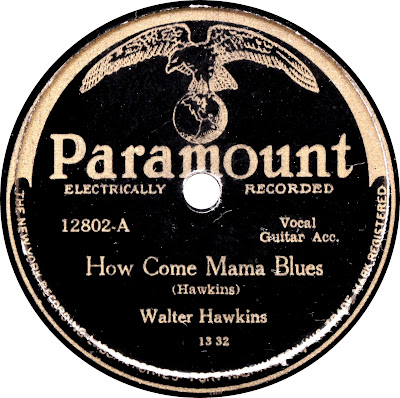