Haven't been able to ascertain the recording date for these sides but was very surprised to hear the style heard here.

Not being Cuban in the least, the brothers were actually born in Cardiff, Wales. Their father was from Cape Verde off the northwest coast of Africa.

The brother act played alongside Glenn Miller's AEF band in 1944 and in 1960, provided music for the film, Our Man In Havana.

Here is a wonderfully thorough website dedicated to the Deniz brothers. 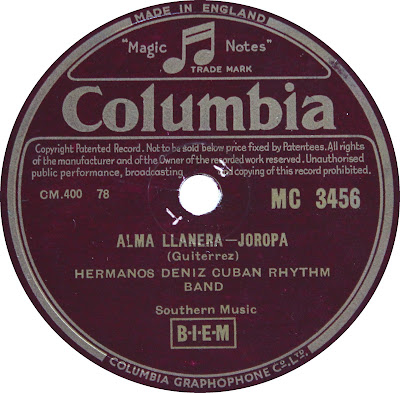 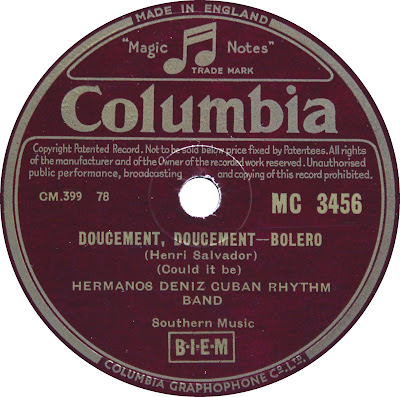 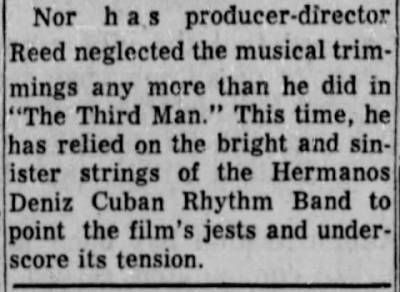 Re: Our Man In Havana
The Philadelphia Inquirer
March 3, 1960
Posted by HeyPally