In January 1949, clarinetist Tony Parenti, pianist Ralph Sutton, and drummer George Wettling recorded six rags, including the clarinetist's "Crawfish Crawl." Considering that ragtime had been considered virtually dead for over 30 years and, other than "Maple Leaf Rag," its pieces had largely gone unexplored since then, this was an important session. The music is not all written out as would be the case with classic ragtime, and to an extent the musicians jam a bit, but always keep the themes and tight structure in mind.

Blesh studied at Dartmouth College and held jobs writing jazz reviews for the San Francisco Chronicle and the New York Herald Tribune in the 1940s. He was a prolific promoter of jazz concerts, particularly New Orleans jazz, and hosted a jazz radio program, This Is Jazz, in 1947. (These shows have been reissued by Jazzology Records.)

Blesh in collaboration with Harriet Janis (mother of actor and jazz band leader Conrad Janis) wrote They All Played Ragtime which was published in 1950 by Alfred A Knopf. A promotional record consisting of "Maple Leaf Rag" recorded to piano roll by Jerry Roll Morton in 1907 and an interview with the co-authors was sent to radio stations. They All Played Ragtime proved to be a popular book and is credited as the cause for a renewed public interest in ragtime music. Blesh founded Circle Records in 1946, which recorded new material from aging early jazz musicians as well as the Library of Congress recordings of Jelly Roll Morton. He sparked renewed interest in the music of Joseph Lamb, James P. Johnson, and Eubie Blake, among others.

Blesh held professorships at several universities later in his life, and wrote liner notes to jazz albums almost up until the time of his death. In 1976, he was nominated for a Grammy Award for his liner notes to Joplin: The Complete Works of Scott Joplin performed by Dick Hyman. 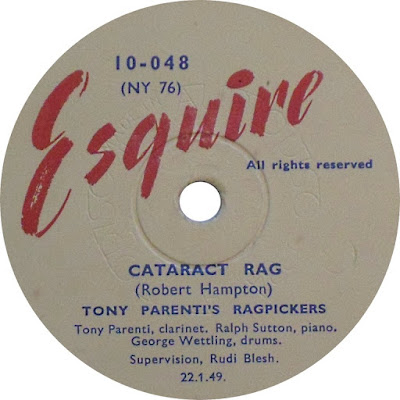 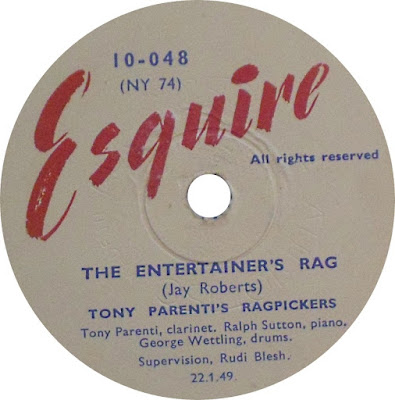