Although Williams continued to front a band up into the 1940s, this record from 1930 would be his last.

Here's his first recording on a 1925 Gennett. 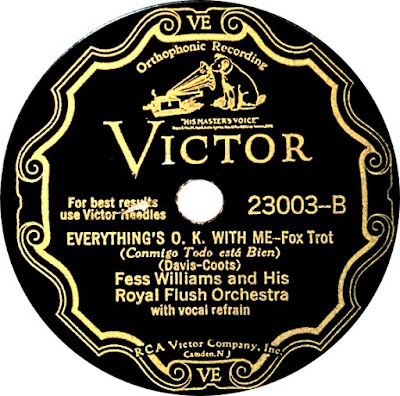 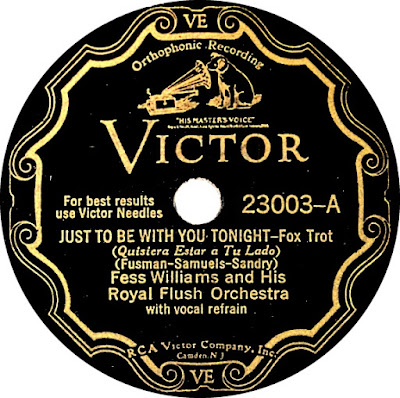 Email ThisBlogThis!Share to TwitterShare to FacebookShare to Pinterest
Labels: Everything's O.K. With Me, Fess Williams, Fess Williams And His Royal Flush Orchestra, Just To Be With You Tonight, Victor 23003, Walter Fats Pinchon