Although closer than the debacle on the label of the initial release from this session, Jordan's name was again misspelled.

Just a few months later, Louis Jordan & His Tympany Five would no longer have that problem.

This, along with this side, would complete the output of Louis Jordan and his band under blues crooner Rodney Sturgis' name.

One more record would be released, sans Sturgis, from this session (Decca 7556). 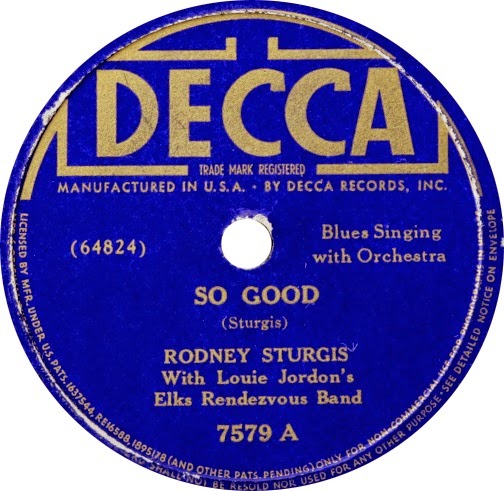 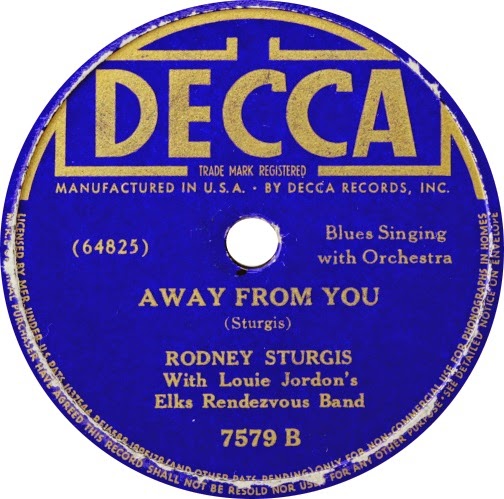