From 1914 to his death, Gates was the pastor of Mount Calvary Baptist Church in Rock Dale Park, Atlanta, Georgia. He had a very prolific recording career, recording over 200 sides between 1926 and 1941, including frequent rerecordings. Experts estimate that at least a quarter of all sermons commercially released on record before 1943 were recorded by Gates.

His first best-seller, 1926's "Death's Black Train Is Coming", sold 35,000 copies by the end of its release year. Many of his recordings were strong warnings of the hellish punishments that awaited sinners.

Gates is credited with introducing the gospel music of former blues artist Thomas A. Dorsey into the black gospel market via his crusades. His funeral drew the largest crowd of any memorial service in the city before Martin Luther King, Jr. In addition to a Columbia Records collection and a "complete works" set from Document Records, Gates' work has been frequently featured in gospel and roots music anthologies, including Harry Smith's influential Anthology of American Folk Music.

Herwin Records was an American independent record label founded and run by brothers Herbert and Edwin Schiele, the trademark name being formed from their first names (HERbert and EdWIN).

Herwin Records was based in St. Louis, Missouri, and produced records starting in 1924. Most of the material released on the label was from master discs leased from Gennett Records and Paramount Records. In 1930 Herwin was sold to the Wisconsin Chair Company, the parent of Paramount Records, which discontinued the Herwin label. 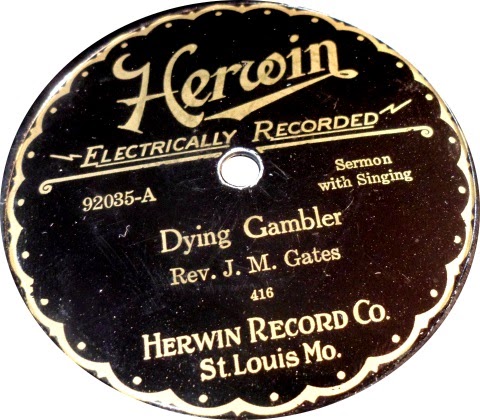 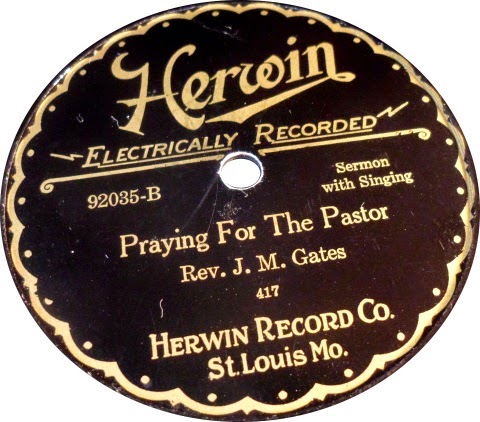