Found this one over the holidays while rummaging around Old San Juan.

King was born in , and raised in , where he attended Alpha Boys' School; there he was taught by Sister Mary Ignatius Davis, a remarkable woman who nurtured the talents of many of the leading Jamaican musicians of the era.

During the 1930s he led his own band, Bertie King and his Rhythm Aces, described at the time as "'s Foremost Dance Orchestra". In 1936 he left for , sailing on the same ship as his friend Jiver Hutchinson. In he joined Ken Snakehips Johnson's West Indian Dance Band, and later played with Leslie Hutchinson's band. He also worked with visiting American musicians including Benny Carter, George Shearing and Coleman Hawkins. In 1937 he recorded four sides in the with Benny Carter, and in 1938 he recorded with Django Reinhardt in . In 1939 he joined the Royal Navy. He left the Navy in 1943 and formed his own band, also working and recording with Nat Gonella.

King returned to in 1951, where he started his own band, known as the Casa Blanca Orchestra, playing in the mento style. Since there were no Jamaican record labels at this time, he arranged for his recordings to be pressed in a plant in , owned by Decca Records. He returned a number of times to , working and recording with Kenny Baker, George Chisholm, Chris Barber, Kenny Graham and Humphrey Lyttelton, and also toured in and with his own band. During this period he also played and recorded in with some of the leading Trinidadian calypsonians. He was noted for his impassive demeanour on stage, which belied an expressive playing style.

King led the Jamaica Broadcasting Corporation's house band in the 1950s; his sidemen included Ernest Ranglin and Tommy Mowatt. He recorded extensively with this outfit. In 1965 he moved to the . His last known public performance was at Jamaican Independence Day celebrations in in 1967. He died in the in 1981. 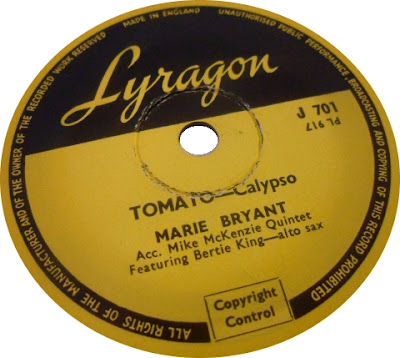 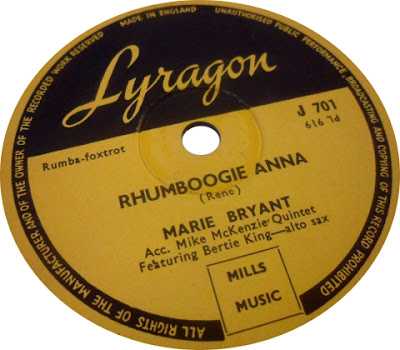