Jingle Bells is apparently the only holiday tune studio-recorded by Glenn Miller & His Orchestra but his 'ghost' band released 2 excellent Christmas cd's called In The Christmas Mood Volumes 1 & 2 that have become staples in my holiday music rotation.

Although this version of Jingle Bells bears little resemblance to the original composed by James Lord Pierpont...it does incorporate his lyrics along with some comically novelty ones. (I don't know why Pierpont's name is not listed in the credits on the label)

Jingle Bells is traditionally sung at Christmas time but was originally penned for the Thanksgiving holiday back in 1850.

So with that in mind...Happy Thanksgiving! 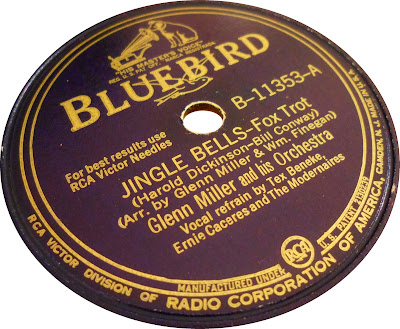